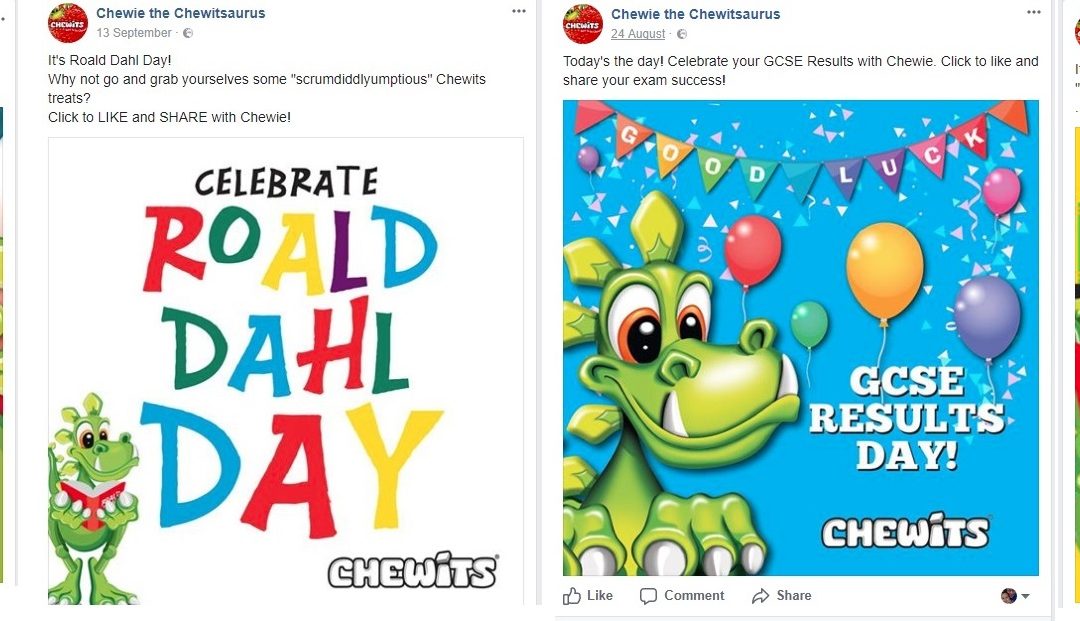 One year since new rules protecting children from junk food marketing were introduced by the Committee for Advertising Practice (CAP), the Advertising Standards Authority (ASA) has upheld complaints against three confectionery brands for online adverts for unhealthy food clearly aimed at children.

The complaints, submitted by the Obesity Health Alliance (OHA) and Children’s Food Campaign (CFC), include:

The new rules for non-broadcast advertising, introduced in July 2017, place restrictions on the advertising of food and drink high in salt, sugar and fat (HFSS) to children online and via other non-broadcast media. The OHA and CFC do not believe that these rules go far enough, particularly as they only apply when 25% of the audience is deemed to be children.  A further complaint about the Cadbury’s egg hunt website was not upheld, despite its owner, Mondelez not being able to provide data to prove over 75% of its visitors were over 18.

When the rules were first implemented, the health sector warned that they would be impossible to monitor and meant millions of children would still be exposed to junk food adverts which influences the type of food they choose and how much they eat. With one in three children in England leaving primary school above a healthy weight, it is clear that more needs to be done to tackle junk food marketing.

“Whilst today’s rulings should be celebrated, the complaints demonstrate the blatant ways in which the food and drink industry attempts to exploit loopholes in the rules. The Cadbury ruling, for example, revealed that the company doesn’t actually hold any data to show that visitors to their website are predominately over 18, but they state that “it was unlikely that over 25% of its visitors were under the age of 16”. Worryingly, the Committee on Advertising Practice agreed with their assessment, despite no evidence to back this up.

We knew that these rules would be difficult to monitor, and the fact that children continue to be exposed to various junk food marketing techniques proves us right.”

“Companies are not just breaching the rules, but clearly also ignoring the spirit of what those rules are there for, by deliberately targeting kids with apps, games and storybooks. We’re pleased to see the ASA undertaking due diligence and upholding these complaints. However, it took six months for decisions to be reached, by which time the advertising campaigns had long ago concluded. The companies in question weren’t penalised in any way, and children remained largely unprotected from the harmful effects of junk food marketing.

Government has pledged to consider whether self-regulation is the best approach to tackling junk food marketing in the non-broadcast space, or if legislation is necessary. The evidence points to the latter. We welcome this progress, but in the current absence of more effective rules, we encourage parents to be vigilant and report any inappropriate adverts to Children’s Food Campaign, so we can take these forward with the ASA. The more adverts that the ASA investigate, the greater the pressure will be on industry to act responsibly and obey the rules”.

The recently published “chapter 2” of the Government’s childhood obesity plan pledges to consult on measures including the extension of junk food marketing restrictions to before the 9pm watershed on TV and online. Both the OHA and CFC have long called for such measures to be introduced, as tough action on advertising is needed to tackle the UK’s childhood obesity crisis.